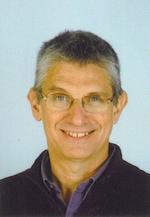 In September 2010, his work Loud Music With (Only A Few) Quiet Bits was performed by Ensemble Meitar, at the Givatayim Theatre, as part of the Israeli Music Festival. This world premiere was conducted by Guy Feder and recorded by the Voice of Music radio station for live broadcast.

In December 2009, a revised version of his Concerto for Chamber Orchestra was performed by the Arko Symphonic Project, conducted by Timothy Phillips. The Chamber Concerto was commissioned originally by Musica Nova (Israel), which gave the premiere performance in June 1999 with conductor Konstantia Gourzi.

In September 2008, his work Music for Eight Instruments was performed by the Israel Contemporary Players, at the Rebecca Crown Auditorium in Jerusalem, as part of the Israeli Music Festival. Bostock has twice been the recipient of the ACUM prize, in 2004 for his work When Thou My Love Who for tape and small ensemble, and in 2000 for his String Quartet No. 1.

Bostock was admitted as a member to the Israel Composers' League in 1995, and has been a Represented Composer of the Australian Music Centre since 1997.

Bostock's most recent works combine eclectic influences ranging from Renaissance music to Messiaen and Shapira. They may be both challenging and accessible to the listener, involving the use of complex instrumental intonations and incorporating the use of computer generated sounds and interfaces interacting with live performance.

'Bostock's works are the opposite of postcards: sketches of feelings and emotions, based on patient observation and profound attentiveness.' Ben Shalev - Ha'aretz.