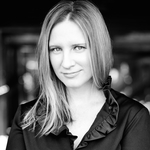 Curtis's works have been performed by orchestras from the Sydney and Tasmanian Symphony to the Hollywood and Prague Studio Symphony, and artists including Lisbeth Scott, The Australian Voices, and Choristers of St Paul's Cathedral. She has been recognised by the Park City Film Music Festival, Hollywood Music in Media Awards, U.S. Department of State, Australian American Fulbright Commission, American Australian Association, Aspen Music Festival, BMI/University of California Los Angeles, American Society of Composers Authors, and Publishers, and Queen Elizabeth II Trust, among others, for her accomplishments and artistry as a composer and scholar.

A graduate in music from the University of New South Wales and screen composition (Master of Arts, Honours) from the Australian Film Television and Radio School in Sydney, Curtis was visiting composer with USC Thornton School of Music Scoring for Motion Pictures and Television, and studied with John Corigliano, Jeff Rona, Jack Smalley, and Thomas Haines at the Aspen Music Festival, as the recipient of a 2006 Fulbright Postgraduate Award.