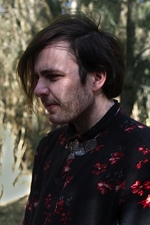 Stephen's music features contemporary performance practice as a core element of a composition's structure - creating works that feature unusual combinations of sounds, with an emphasis on complicated interactions between instruments. Specifically, his research has been examining the intersection of density in time-banned music.

Currently, Stephen is based in San Diego, California where he attends UC San Diego as a graduate student.