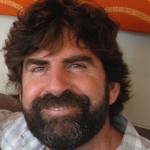 Kent was awarded the Amadeus Prize Dublin (1991) and was presented with his award at Dublin Castle. His commissioned work for the prize, 1845: An Irish Elegy, was performed in the National Concert Hall Dublin (1992), and later at Sydney Opera House by the SSO (1994). In 1991, Kent was highly commended for his entry in the International Rostrum of Composers, Paris.

Kent has worked as a part-time lecturer with both Griffith University and the University of Queensland (1997-2000) and has been adjudicator for the Corbould Composition Prize (2000) and the ASME Young Composers Award (2003).