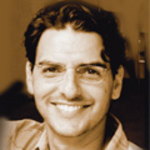 Guy Gross is one of Australia's leading film and television composers and recipient of the APRA/AGSC International Achievement Award, considered the most prestigious accolade for an Australian screen composer.

From his British Academy Award (BAFTA) nominated score to the international hit The Adventures of Priscilla, Queen of the Desert and the US sci-fi series Farscape, his film scores cover a huge variety of styles. Testament to this diversity, Gross has received numerous peer awards from the Australian Guild of Screen Composers (AGSC) and the Australasian Performing Rights Association (APRA), including awards for Best Music for a Documentary, Children's Series, Short film, Animation, Promotional Video, Advertisement, TV Theme and twice for Best Music for a TV Series.

Gross began film scoring early on, while still studying composition at the Conservatorium High School in Sydney, Australia. In 2001, he directed the animated TV series Old Tom, wrote a number of the stories and scored the entire series. Gross also wrote, scored, produced, and directed the animated television special Blinky Bill's White Christmas which featured his song 'Christmas in Australia'.

At the age of 26, Gross scored his first feature film, Frauds, directed by Stephan Elliott, and went on to score three more features with Elliott, including the 1994 international hit The Adventures of Priscilla, Queen of the Desert and more recently, A Few Best Men.

In 1999 Gross received the (shared) award for Best Music at the Tropicana Film Festival (Tropfest) for his score to the year's winning short film Uno Amore. Also that year, Gross composed the score to the horror feature film Cut and soon after began scoring the hit sci-fi series Farscape

Farscape was a monumental project for Gross, culminating in a big-budget, 2-part television mini-series Farscape: The Peacekeeper Wars. He enlisted the services of the Sydney Symphony Orchestra and conducted the 140-strong orchestra and choir to create one of his largest film scores to date. There are five Farscape soundtrack albums currently available.

In recent years Gross has scored the tele-movies A Model Daughter - The Killing of Caroline Byrne, Joanne Lees: Murder in the Outback and Scorched, plus documentaries The Howard Years, The Prime Minister is Missing and Who Killed Dr Bogle and Mrs Chandler?.

Always active in the pursuit of improved conditions for composers, Gross is currently the Vice President of the Australian Guild of Screen Composers (AGSC) of which he has been a member since its current formation.