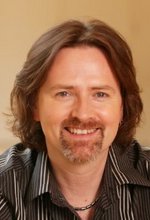 David Hirschfelder is recognised globally as one of Australia's most distinguished and renowned screen composers.

In 1992 Hirschfelder's first film score for Baz Luhrmann's Strictly Ballroom won a BAFTA (British Academy) award. In 1996 he received an Oscar nomination, an AFI and an APRA award for his Shine score, and, in 1998, a further Oscar nomination and a BAFTA award for Elizabeth.

In addition to film scores, his works also include Eternity for orchestra, choir and 1000 tap dancers, commissioned for the Opening Ceremony of the 2000 Sydney Olympic Games, and Branches of Vayu for trombone, two pianos and two percussionists, commissioned for the 2011 Melbourne Symphony Orchestra Chamber Series.

Hirschfelder was raised in Ballarat, about 70 miles north west of Melbourne. After graduating from Ballarat Grammar School in 1976, he continued his music education at Melbourne University. Quickly making waves as a keyboard prodigy, Hirschfelder was inevitably called abroad to perform his compositions at the 1983 Montreux Jazz Festival.