'All art is autobiography, personal and collective – representing quintessential thoughts, feelings, aspirations and beliefs – distilling and synthesizing the emotional value of an era, transmuting and preserving the same through an intellectual currency we choose symbolically to codify as the "Work of Art".' (Preface to 'Anatomy of Musical Composition') 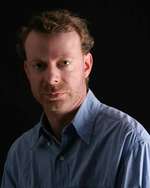 The atmospheric and evocative music of Jonathan David Little, BMus(Hons)(Melb), ThA(AustCollTheol), PhD(Monash), FLCM(Music Comp), FISM, FRSA is characterised by its mystical beauty, intensity, richness of material, and intricate craftsmanship. After initial studies at the University of Melbourne, where he won the Lady Turner Exhibition, he completed a Doctoral degree at Monash University by research into the development of Orientalism and 'exotic' orchestration in 19th and 20th-century music. Interviewed in the Sept-Oct 2012 issue of American Fanfare, Little's musical style was defined as 'ecstatic minimalism'. Italian and other European critics have preferred the more general terms 'antique futurism' or 'picturesque archaism'.

Little was the first Australian-born composer to be awarded the John Clementi Collard Fellowship - one of the most prestigious awards of the City of London's ancient Worshipful Company of Musicians (est.1500) - granted on average only every three years for "undoubted excellence in composition". He was also the first composer to receive a Professional Development Award from the UK music business's own charity, the Musicians' Benevolent Fund. In 2016 he won a Royal Philharmonic Society 'ENCORE Choral' Award, and in 2017 became the first Australian recipient of Special Distinction for his orchestral music in the ASCAP Rudolf Nissim Prize (USA). His polychoral Kyrie was nominated for 'Best Classical Music Recording' at the inaugural 2018 RoundGlass Global Music Awards (USA-India), and for his entire body of polychoral music he was Runner-Up for the 2018 CHASS Australia Prize ('for Distinctive Work') - the nation's most distinguished award in the Humanities, Arts and Social Sciences. In 2020, he received 94/100 - one point off First Prize - in the Orchestral Category of the inaugural Musikverein New Symphony Vienna 'International Composers' Competition'.

Jonathan's compositions have won multiple ASCAP and critics' choice awards in the USA, as well as BBC, PRSF, Chagrin, Bliss and Leighton Trust Awards in the UK. His first major album was one of US Fanfare magazine's top recommended recordings for 2008, while his 2012 album, Polyhymnia, featuring three European orchestras, was nominated in Spain for Best Album of the Year. His Australia Council sponsored 2017 album of multi-part, a cappella polychoral music, entitled Woefully Arrayed, featured three leading choirs from the US and UK, and was critically acclaimed worldwide. Critics consistently refer to orchestral works of 'sparkling kaleidoscopic colour' and choral works of 'luminous otherwordly beauty'.

Amongst his writings on music is a 'vast' and 'erudite' two-volume study of musical and literary Orientalism ('a valuable contribution in understanding the development of the modern symphony orchestra') - and he undertook seminal research on the future of the music and film industries for the Hudson Institute's American Outlook, before being appointed Consultant Editor of the UK's Musicians' and Songwriters' Yearbook. He is a Fellow of the London College of Music, of the Incorporated Society of Musicians, and of the Royal Society of Arts.

Previous posts include: Principal of the Academy of Contemporary Music (then Europe's leading institution for students of contemporary music - and the first music education institution to win the Queen's Award for Enterprise), as well as lectureships at Surrey and Buckinghamshire New Universities, before being appointed inaugural Professor of Music Composition & Music History (and Head of Music Research) at the University of Chichester - and from 2019, youngest ever Professor Emeritus. He now pursues a full-time freelance composing and writing career based in Melbourne and London. His music is published in Australia by Wirripang, and recorded on PARMA (US).