My only aim is to create an experience for my audience that may engage or transport them, even for a fraction of a second. My interest primarily lies in creating a 'live experience' - something shared in real time. In this way, aesthetics and performance presentation are extremely important. 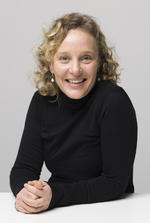 Kate Neal studied early music at the Victorian College of the Arts, graduating with a Bachelor of Performance in 1996. During this time she also studied composition with Mary Finsterer, Mark Pollard and Brenton Broadstock.

She received a NUFFIC scholarship from the Dutch Government in 1998 and moved to the Netherlands to study composition with Louis Andriessen, Martijn Padding and Gilius van Bergeijk at the Koninklijk Conservatory, and Carnatic (South Indian) music studies with Rafael Rainer at the Sweelink Conservatory, Amsterdam.

She returned to Melbourne, Australia in 2003, establishing her events company Dead Horse Productions. In August 2005 Kate Neal received a scholarship from the Accademia Musicale Chigiana, Siena, Italy, and, in 2006, she was the recipient of the Hephzibah Tintner Fellowship, affiliated with the Australian Ballet, Sydney Dance Company and Sydney Symphony Orchestra.

Kate Neal is the recipient of various awards and fellowships, including the Albert Maggs Award, the International Young Composers' Meeting, the Aspen Music Festival and the Atlantic Centre for the Arts. She has enjoyed working as an orchestrator and arranger for many pop and rock bands as well as feature and independent films, choreographers and dance companies. At the Victorian College of the Arts in Melbourne, Neal worked as a sessional composition teacher in the Music Department and also lectured in Music and Image at the Centre for Ideas in 2004-2007.

In 2008 Neal received a postgraduate diploma from the Royal Northern College of Music, Manchester (under Paul Patterson and Gary Carpenter). In 2009 Neal moved to the US to begin a PhD in composition at Princeton University.

In 2010/11 Neal continues as a Graduate Fellow at Princeton University. She recently (January 2011) premiered two short animations with live score accompaniment in Melbourne, as part of the 2009 Albert Maggs composition award. In 2010 Neal premiered her piano concerto, commissioned by Sonja Lifshitz, in Princeton as well as Melbourne. In July 2010 she undertook a Culture Lab residency at the Arts House Meat Market, developing her large scale music/dance work Semaphore. She continues her work with notated and scored physical gesture, presenting regularly at the Composers concerts at Princeton University.

- Video: Song for a comb