Sarcich sees music as one of the deepest expressions of humanity, whether that of the individual, the tribe or race, or society at every level. His music tries to express many different sides of that humanity. 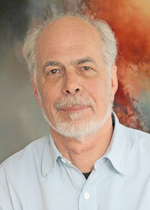 Paul Sarcich was born in Wellington, New Zealand, and embarked on a scientific career before switching to music. He began as a percussionist in military bands before progressing to an orchestral and freelance career. He studied percussion in the USA with Karen Ervin, and in the UK with Michael Skinner, James Blades, Michael Frye, and Nicholas Cole. His study in the UK was supported by awards from the Australia Council and the West Australian Arts Council.

He is largely self-taught as a composer, although he studied with Leonard Salzedo in the UK. Most of his work has been commissioned, and much of it broadcast on radio and TV, as have been most of his arrangements, reflecting his experience of both commercial and symphonic music. A large number of arrangements of his have also been featured by ensembles and orchestras.

Sarcich's music is noted for its rhythmic and dramatic flair, and his output particularly reflects his performance background in percussion, brass, and voice, together with his orchestrational ability.

He has taught music at all educational levels and in formats from the experiential to the formal, has been an artist in residence at many schools, and a foundation Teaching Artist for the Victorian Arts Centre's Winterarts program. From 1991 to 1999, he was a lecturer in composition, percussion and performance-related studies at the Victorian College of the Arts School of Music, Melbourne.

Other areas of work have included vocal study and performance, conducting, adjudicating, concert direction, and music journalism. 1994 and 1995 were spent in the UK and Europe, where he was involved in music typography, harmonic chant, and flamenco.

In 1998 he won the Best Composition by an Australian Composer Award in the Australian Music Centre's Classical Music Awards, for his work Matters Arising, for multisaxophone soloist and 3 quintets.

In 2000 he returned to London, where he currently teaches composition, orchestration and conducting at Morley College and works in publishing and CD production for Cala Records. His works feature on Cala's The London Trumpet Sound and The London Harp Sound. He has also taught composition at Birkbeck College.

His works are published in the USA by Studio 4 (now Mostly Marimbas) (percussion), and in the UK by Warwick Music (brass), Salvi Music (harp) and Southern Percussion. He was awarded his Doctorate in composition by Goldsmith's College, University of London in 2013.