Although musical inspiration can evolve from many sources, the vast and varied landscapes of Australia have often provided me with the seed of a compositional idea. I believe music should be accessible and that the power of melody should not be overlooked. 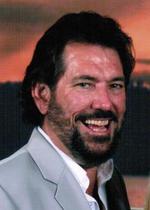 Born in London in 1953, Ian Seaborn migrated to Australia in 1960. He was educated at Adelaide Technical High School and the South Australian College of Advanced Education. Although mostly self-taught, he acknowledges instruction in guitar from Darryl Coggins and Rob Bultsma (South Australian College of Advanced Education) and David Merchant in harmony and composition. Early musical influences include the Beatles, Jimi Hendrix, Cream, Jethro Tull, Led Zeppelin, Mozart, Brahms and the guitar playing of John Williams.

Seaborn has worked as a guitar teacher for the Instrumental Music Service of the South Australian Department of Education since 1987 and teaches students from year 4 to year 12, at eight different schools. In collaboration with Lothar Bukojemski, he established the SA Primary Schools Guitar Ensemble in 1987 and still directs this group today. He has composed several works for guitar and arranged many pieces for primary and secondary school guitar ensembles.

The commissioned work Wetlands was premiered by guitarists Raffaele and Janet Agostino, supported by a string quartet, at the 2005 Darwin Festival. Several of his works have been performed by the Elder Conservatorium Guitar Ensemble under the direction of Tim Kersten and Oliver Fartach-Naini.

In 1989 Seaborn was commissioned by Channel 9 to compose and produce the theme to the children's television programme, Here's Humphrey.

Seaborn is a full writer member of the Australasian Performing Right Association APRA, an associate of Music Australia, and holds a Diploma of Teaching (majoring in music). His compositions for solo classical guitar are listed on the AMEB syllabus.