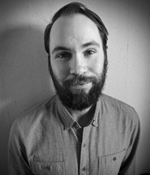 Samuel is a Melbourne-based composer working primarily in the fields of notated, acoustic music and fixed media electronics.

Interested in an ecology of sound and the natural world, Samuel creates what he describes as 'multi-species funeral music,' which is increasingly informed by the tragedies and pathos of climate change and extinction. These themes find their way into his compositions through pathways like the spectral analysis of calls of recently extinct species (in the 2018 piece endings, (anti)endings), or data points mapped from endangered wildflowers (in the 2019 piece sun-opener). This careful attention to environmental themes and content has led to his practice being characterised as 'devastating environmental work' (RealTime).

His work has been supported by competitive grants from the Australia Council for the Arts; significant commissions from the Arts Centre Melbourne, the Bendigo International Festival of Exploratory Music, the Melbourne Recital Centre, the University of Melbourne, and the CYBEC foundation; the support of ensembles such as Rubik's Collective, Kupka's Piano, Soundstream Collective, Ensemble Offspring, Arcadia Winds, the Phoenix Trio, and the Melbourne Symphony Orchestra; and outstanding soloists such as Alex Raineri, Jodie Rottle, Elizabeth Welsh, and Ryan Williams.

Samuel holds degrees from the Australian National University (2012) - where he studied composition with Larry Sitsky and Jim Cotter, and guitar with Tim Kain - and the University of Melbourne, where he studied towards Honours (2013) and Master's (2016) degrees under the supervision of Elliott Gyger.