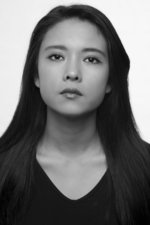 Kitty Xiao is an Australian composer, sound artist and pianist based in New York. Kitty's works are interested in the human psyche, contemporary culture and otherworldly spaces. Her music is concerned with the materiality of sound and often combines new and traditional instrumental practices with synthesis of the natural world. Kitty is founder, composer and pianist of Nimbus Trio and released her first album Novum in 2016 as a represented artist of Move Records label. In 2017 Kitty formed the Six Piano Collective and is Artistic Director of the Six Piano Project. The same year she launched a new concert series NoiseSense. Kitty is currently completing a Master of Music (Composition) at the Eastman School of Music as a graduate award recipient, studying composition with Robert Morris and David Liptak, and piano with Tony Caramia. She is the current recipient of the 2019 Howard Hanson Large Ensemble Prize and is a Teaching Assistant at the Eastman Audio Research Studio.

Kitty is resident composer of 2020 line upon line percussion (US), 2019 American Composer's Orchestra Earshot program (US), 2019 Yarn/Wire Institute (US). Past residencies include 2017 Tilde New Music Academy (AU), 2016 Keep Composer's Weird in Austin (US), and 2016 Australian Art Orchestra CMI (AU). Kitty holds a Master of Music (Performance) from Trinity Laban Conservatoire of Music and Dance in London as a full recipient of the Alfred Kitchin Scholarship, Master of Teaching (Music Education) from The University of Melbourne, Bachelor of Music from The University of Melbourne and was a scholarship recipient at Victorian College of the Arts Secondary School. Kitty's music is represented by the Australian Music Centre.