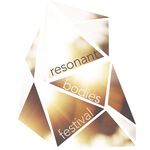 ‘In equal measures intelligent, playful, ambitious and moving, the program […] illuminated the shape-shifting power of the human voice.’ The New York Times

For its Melbourne incarnation, Australian sopranos Jane Sheldon and Jessica Aszodi, known for their own adventurous vocalising, have invited some of their favourite local and international artists to let loose in the Salon: Composer-vocalist-mover Odeya Nini (US/Israel) will make her Australian debut at Resonant Bodies. Her idiosyncratic performances extend the dimension and expression of the voice and body, creating sonic and physical panoramas of silence and noise, tenderness and grandeur. Carolyn Connors (Melbourne) brings her signature mix of intellect, creativity and playfulness to bear on a new work for the festival. Matthew Thomas (Melbourne) will perform Peter Maxwell Davies’ rarely heard classic of the contemporary repertoire Eight Songs for a Mad King with an all-star band. Sheldon and Aszodi will combine to present a duo set that includes world premieres by Australian composers Elliott Gyger and Natasha Anderson.

Further information for this event is available online at the event's website or by email to jane.e.sheldon@gmail.com