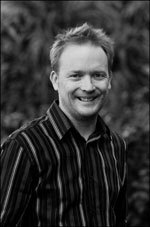 A miracle of a symphony, a dream of a flute concerto, and Wagner madness.

Without Ludwig II of Bavaria there'd be no fairytale castle of Neuschwanstein; we wouldn't have the famous opera house in Bayreuth or quite as many Wagner operas. Was Ludwig mad? Certainly he was mad about Wagner's music. So in this Wagner 200th anniversary year we play an orchestral fanfare by James Ledger inspired by Ludwig's story and themes from The Ring operas. Original Wagner follows with music from The Mastersingers of Nuremberg and the rip-roaring Ride of the Valkyries - 'Hojotoho!'

Before madness comes classical equilibrium. In his 'Miracle' Symphony, Haydn surpassed himself, delighting his London audience with the brilliant sounds of trumpets and drums, and the rich variety of his ideas.

Lowell Liebermann has found his own way to please audiences, in music bursting with optimism and hummable melodies. A 'flautist's dream composer'? James Galway thought so when he commissioned this luminous concerto.