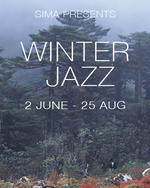 With over 20 albums under his own name over a 30-year career, guitarist Marc Ribot has explored every mood from the pioneering jazz of Albert Ayler to the Cuban son of Arsenio Rodríguez.

He is well-known to wider audiences as the man who "helped Tom Waits refine a new, weird Americana on 1985's Rain Dogs, and since then he's become the go-to guitar guy for all kinds of roots-music adventurers: Robert Plant and Alison Krauss, Elvis Costello, John Mellencamp" (Rolling Stone).

His 2010 solo album Silent Movies made the LA Times ‘Best of 2010’ list and was deemed a "down-in-mouth-near master piece" by the Village Voice.

His monumental 2014 release, Marc Ribot Trio Live at the Village Vanguard, made DownBeat Magazine’s ‘Best of 2014’ and NPR’s 50 Favourites.

Award-winning Canberra guitarist Jess Green has several albums under her own name and launched her art-pop project Pheno at last year’s Vivid festival.

Tonight she presents a four-piece version of her longstanding Bright Sparks ensemble, founded as a way of combining her love of horn-based jazz with indie rock and art music.

Danaïdes is a wild cross-pollination of jazz, ‘80s electro and grunge rock. Brought to you by highly qualified guitarists Freedman Fellow Ben Hauptmann and National Jazz Guitar Award-winner Aaron Flower, along with one of Australia’s most in-demand jazz drummer’s Evan Mannell, the core of the music is a uniquely muscular jazz.

Further information for this event is available online at the event's website or by phone on (02) 9036 6292 or by email to admin@sima.org.au