Listen to me - a response to gendered violence

Listen to Me is a collection of songs, words and music in response to the current debate in Australia about gendered violence, with creative input from a group of leading Australian female writers, artists and musicians. The instigator of the project and the composer of the music and soundscapes is the Sydney-based Andrée Greenwell, who also performs on most tracks, together with Elana Stone, Melanie Horsnell, Louise Nutting and Jessica O'Donohue, and members of the all-female Sirens Big Band. Writers involved in Listen to Me are Donna Abela, Eunice Andrada, Ali Cobby Eckermann, Alison Croggon, Candy Royalle and Ania Walwicz.

Listen to Me will be first broadcast on Saturday 28 July 10-10:30am on FBi Radio, 94.5FM in Sydney and streamed on the FBi website. A podcast will be made available from 1 August via iTunes and the Community Radio Network. Listen to Me is also available for streaming on Andrée Greenwell's Bandcamp page where the album or individual tracks can be purchased as downloads.

In the short Q & A interview below, Andrée Greenwell talks about the background and the realisation of Listen to Me.

Q With so many individual voices and a multitude of styles, one of the biggest challenges must have been creating a coherent whole. We have various pop and jazz and music theatre styles, creative audio mixed with voices reminiscent of works of radio art, ambient soundscapes, spoken word from policy text to storytelling, even rap. Can you tell us a little bit about how you went about the production side of things and how the collaboration unfolded? 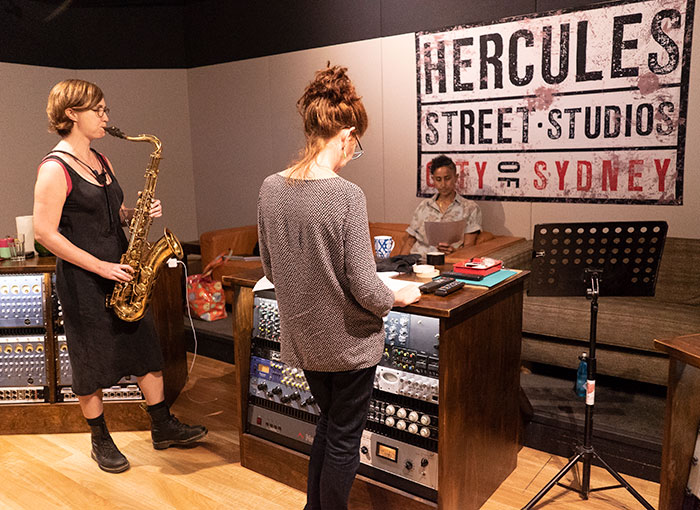 A This project had a long gestation, and I first set out to make a work that could be performed by a choir with featured soloists, and perhaps tour. One of my first impulses was the idea of 'giving voice' to multiple perspectives, alongside the idea of prayer as a plea, a wish. And thinking about those two things together, the idea of individual and communal expression using words and music, which in a way is part of the point of undertaking a project like this. The touring choral model turned out to be unmanageable for a variety of reasons. However, Musica Viva Countrywide was one of the agencies involved in the project development, and Tim Matthies suggested that perhaps I should record the work first. This led to my solution that the work could be made as an audio podcast as well as an online music publication.

So, I had always imagined a number of writers and different writing perspectives to develop a score from. Once I made a decision to work within this medium, I took advantage of the many production possibilities that radiophonic work offers. I sought to create musical distinction to further enhance the individual styles of each writer involved, and involved a wide range of vocalists and musicians.

Q I'm guessing your own soundscapes were the creative glue necessary to bring everything together? I'm thinking of the creative audio that forms the background, and builds the momentum, in the interludes with lots of spoken word and quotes from various sources, most importantly by women who have spoken out about gendered violence and their own experience of it. 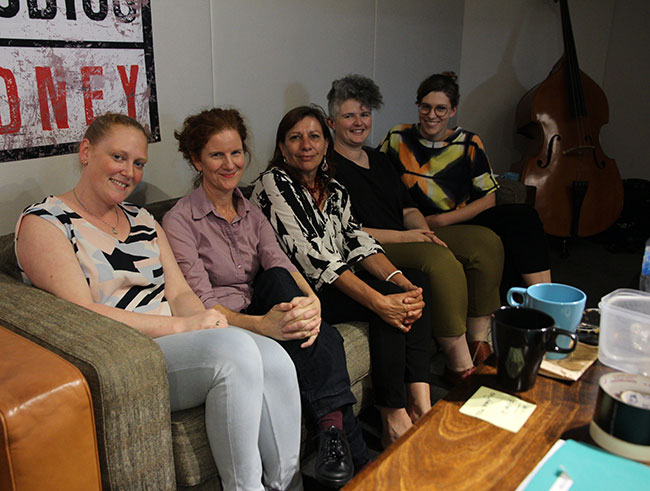 A The bulk of the work involves creative music realisations of highly expressive lyric and poetic texts, and here I fully engage many ways to make song. Thinking about furthering the potential of 'giving voice' in a work that might be broadcast or podcast, and then contrasting the expressive aspect, I thought it would be useful to include factual material. Yes, I do consider the four interludes as a framing device for the piece, and there is a kind of narrative arc across the interludes which builds toward Ali Cobby Eckermann's 'I Am a Survivor' - a Facebook response that Ali posted to the #MeToo movement. Bridie Tanner and Tegan Nicholls, the two women who perform the factual material, both work in the community radio sector at FBI 94.5FM. Their voices bring a fresh and unaffected performance style to the quotes, giving it an immediacy and urgency.

Q Let's talk about a specific track a little - your and writer Alison Croggon's 'Terror', which starts the album after a brief spoken intro, is perhaps the most emotionally terrifying of all, with themes of vulnerability and helplessness but also a strong message about the role of silence around the issue of gendered violence. How did you approach this theme, and Croggon's words, as a composer? And how much did this particular work evolve during the recording process, with input from musicians Melanie Horsnell, Jessica O'Donohue and Jessica Dunn (with yourself as pianist and backing vocalist)? 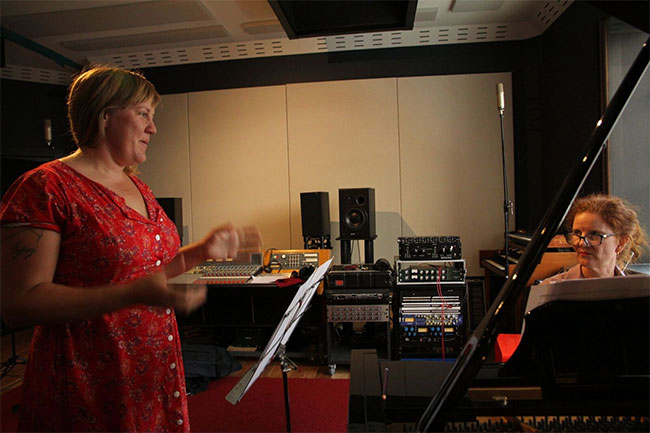 A That's an interesting response. I think in nearly all the poems Alison has sent me, I have altered very little, as was the case in 'Terror'. It is the first song I wrote for the work. There are times when I think conceptually before I write, but in this case my instincts led to this song. I cannot explain how that happens excepting to say that it is an important skill to develop as a composer, and especially in the setting of text. Upon reflection, I think the music setting brings out the fear of the character in the entrapment of the lyric's physical and psychological spaces. Which is undercut by the poignancy. The vocal casting came very late, when I began to gather a group of vocalists who might be involved. Melanie is a prolific singer-songwriter who lives in Candelo NSW. Her interpretation is fragile but certainly not weak, and I think she literally brings the words to life in her singing of them.

Q Many of the tracks on Listen to Me work as stand-alone songs, and some tracks will continue their life in people's playlists. Is there going to be a live performance component to this project? And could some of the music also be picked up by other performers?

A Yes, there are stand-alone songs which I hope to go on to have other lives beyond the compilation. Which reminds me I have so many songs in my catalogue that I should rearrange for young singers. There have been some discussions with SIMA about a possible future performance, but I would need to do some revising of the compilation for that context - there are so many people involved. And they are all amazing.

Listen to Me was made possible through the support of the Australia Council for the Arts, the Australian government's arts funding and advisory body; Musica Viva Countrywide; and Four Winds, Bermagui. For full credits and acknowledgements, please see the Bandcamp page.