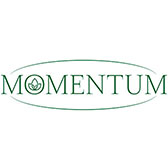 The Australian Music Centre announce the two recipients of the MOMENTUM Commissions: Connor D'Netto (QLD) and Maria Grenfell (TAS). Each composer receives $2,500 towards the commission of a proposed work.

Since 2020, the MOMENTUM Commissions have awarded new commissions to five Australian composers across three rounds of commissions.

In the fourth round of the Australian Music Centre's MOMENTUM Commission, supported by Hendrik Prins, artists were called to propose a new work for a small chamber ensemble and voice, inspired by nature and the Australian environment.

Connor D'Netto's proposed work will explore the connections between the Australian environment and memories of home, recalling sounds of Australian wildlife and its role in the everyday soundscape. The piece will form a component of a larger song cycle for mezzo-soprano, piano, and guitar, reflecting on poetic notions and cultural inquiries of "home".

Of the commission outcome, Australian Music Centre CEO Catherine Haridy says, "We were impressed by the depth and breadth of applications in this round of commissions, and the different musical relationships that creators have with the land and our unique environment. We congratulate Connor and Maria, and we look forward to seeing the outcomes of their proposed works."

Connor D'Netto is a composer of contemporary classical music, described as "the model contemporary Australian composer" by ABC Classic FM.

Balancing driving rhythmic elements, heartfelt lyricism drawn from his background as a classically trained singer, a lushly textural approach to orchestration, and the delicate incorporation of electronic music elements, Connor's work is a constant attempt to bring together sprawling artistic interests, and in doing so, create connections across audiences and communities.

Maria Grenfell is an internationally recognised composer of orchestral, chamber, and film music. Her music has been described as "expansive, effusive and energetic", "magic," "refreshingly groovy" and "brilliantly crafted." Born in Malaysia, she completed composition studies in Christchurch, New Zealand before undertaking further studies at the Eastman School of Music in Rochester, New York, and the University of Southern California in Los Angeles. Maria Grenfell's work takes much of its influence from poetic, literary and visual sources and from non-Western music and literature. She is an Associate Professor at the University of Tasmania.