The Memory of Music - a sort of memoir

Image: Detail of The Memory of Music cover - Andrew at primary school age.

Andrew Ford's The Memory of Music, according to its writer, is only 'a sort of memoir'. Though its structure is autobiographical, The Memory of Music opens up the world of composing by describing it in detail: how you begin to think like a composer, where ideas come from, what happens to them during the work process, how a composition takes shape and how your everyday life sometimes becomes an integral part of music. The Memory of Music will be published on 3 July, with a launch in Andrew's hometown of Robertson on Sunday 2 July. You will be able to order the book from the AMC Shop from Monday - see also the Black Inc website. The following extract comes from a chapter entitled 'Inventing Music' and is published on Resonate by permission of the publisher.

I dislike the expression 'music industry'. I don't think such a thing exists. There is - or was - a recording industry, but for what I do the term 'industry' is inaccurate. Being a composer is more like cottage gardening.

I'm often asked what composing entails from day to day. Do I keep office hours or wait for inspiration to strike? What do I physically do and what goes through my mind?

I do work office hours. If you wait for inspiration, you might wait a very long time. Also inspiration can be distracting when you're trying to get something right, because it usually means having a brand new idea. I work with my pencil and paper, sketching ideas to begin with, then writing a full score, still in pencil so I can rub out the mistakes. Gustav Holst said a composer's most valuable piece of equipment was an eraser. As for what I think about, it depends. 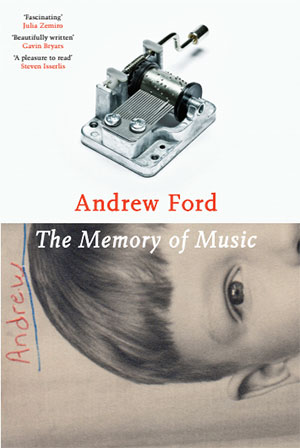 I listen. I listen to the sounds in my head - they are always there (often to the detriment of conversation) - and I listen to the sounds I make at the piano, repeating chords over and over, leaning in the better to hear them. When a piece is going well, I'm not thinking much at all about the music, just listening: the sounds are telling me how they relate to one another and how they want to be ordered. Sometimes the piece seems to be writing itself while I hang on for dear life, and that's one of the best feelings there is. You look at your day's work, come dinnertime, and wonder how all that music got to be on the page. But I do think about the performers, especially if I know them (which is generally the case), and also about the commissioner.

Often commissions come from the performers themselves, but increasingly they are from private individuals. And they take three forms: a performer might approach a patron asking him or her to fund a new piece (Halcyon asked Barbara Blackman if she'd fund my song cycle Willow Songs); a commissioner might propose an open commission (Kim Williams asked me what I'd like to write, and the result was Raga, my electric guitar concerto); sometimes a commissioner will approach you with an idea for a piece.

When private individuals put their hands in their pockets to pay you to compose, you naturally wonder what they will think of the piece and hope they'll feel their investment was worthwhile. But when they have the idea or some aspect of the idea, they are a collaborator. For example, the commission for Oma kodu came with the request that the piece feature a solo clarinet (Catherine McCorkill) and make reference to an Estonian folk song; Hear the Bird of Day, a setting for the Song Company of the poet David Campbell, was commissioned to commemorate 'lost loved ones'; Contradance, for the Omega Ensemble, was a birthday present, the commissioner telling me his partner had recently enjoyed the Symphonic Dances from West Side Story, so I should include some dance rhythms.

These sorts of commissions are increasingly common, and I like them. Of course if you don't fancy Estonian folk music you can always say no, but I enjoy the challenge of coming up with something that gives the commissioner more than they asked for, taking their idea in an unexpected direction. But how does a piece start in one's head? When I'm asked this question, which is surprisingly often, I tend to say every piece is different. Music can be inspired by a poem, a painting, a film, a short story, even a word. A couple of times I've had the title of the piece in my head before anything else. I knew, for instance, I wanted to write a piece called Harbour before I knew it would be a song cycle for Gerald English and the Australian Chamber Orchestra, let alone where the words would come from. Sometimes another piece of music can set me off on an idea of my own.

The spark is always different, but the truth is that the moment the piece begins is always the same. It is a feeling of recognition. The piece suddenly exists - even though not a note of it has been written down or yet imagined - and at that moment I usually know how long it is. It's always the first piece of precise information I have, or I would be like a painter with no sense of where the edge of my canvas is. Certain ideas come in certain sizes - or lengths, in the case of a piece of music.

The other thing I know from the start is the instrumental palette, the quality of the sound. Often this is given and immutable. If a string quartet has asked me for a piece, I can't write a part for tuba or xylophone. I did once try to convince a piano duet that a mooted piece for two pianos should also feature a French horn, but if you look down my list of works you'll notice there is no such piece (I still think it was a cracker of an idea). I also continue to regret that the orchestra in my viola concerto, The Unquiet Grave, lacks the banjo I so badly wanted to include.

It is particularly gratifying when commissions come from strangers, because it suggests that the music has gone out there on its own and communicated with someone. I once composed a piece, Ringing the Changes, for the Dutch ensemble Het Trio. They took it to the United States and played it at a festival in Pittsburgh. I found out about this when I received a letter from the composer and conductor David Stock, telling me how much he had liked the trio and asking if I would write a larger piece for the Pittsburgh New Music Ensemble. This ended up being Dance Maze for seventeen players, which, some years later, came to the attention of Joel Sachs at the Juilliard School in New York. Joel conducted it in a concert by the New Juilliard Ensemble, leading to a continuing relationship with both Joel and the school and performances of several other works. One of these was The Unquiet Grave, with violist Jocelin Pan the impassioned soloist. One thing, if you're lucky, leads to another.