There is currently a great deal of music being generated, more than ever before, however with little new research taking place due to the market having no use for it. 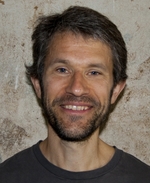 The conscious decision to dedicate time and energy to the craft of composition presents myriad aesthetic challenges: originality, emulation and historical awareness are entangled with practical problems of learning a trade which may or may not provide a sustained financial basis. Beyond a certain point of exploration the question arises as to the extent to which interest remains in maintaining or desisting from a continued exposition of predictable semiotic representation by means of established syntactic conventions: in the face of tradition the lack of tradition in Australia also adds the problem of naivety, frequently only recognised as such once various strands of subjective creative inquiry have run their course.

In this context unspoken expectations, both inherited and acquired in the course of working, exert considerable psychological pressure in their demands for fulfilment. However, even when under the influence of relentlessly compulsive impulses, the freedom of choice remains to reject a continued dedication to aesthetic challenges around which an identity has formed. Viewed more objectively: subjective aesthetic dedication can reveal itself as a naive attempt to experience something lively in a lifeless culture.

The cultural impact of music has lost significance inasmuch as the aesthetic challenges of modernity are routinely brushed aside in favour of contemplating escapist "post-modern" or "retro" chimeras. The art of composition tends to be realised in contexts other than those concerned with applying arbitrary modes of familiar logic to the organisation of pre-fabricated sounds (there is more genuine originality in packaging material than in most "new" music).

As is known, specific biographical details are irrelevant. Gender, nationality, age, are of no import. My name is nondescript. Life began in lutruwita (Tasmania). Influences include Pierre Boulez' thought coupled with emotions connected to lutruwita Simon Reade and Don Kay have expressed in the course of their work. Michael Kieran-Harvey has played piano works of mine in recent years. These lines appear here due to his gestures of selfless generosity.