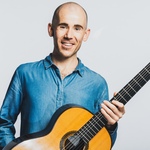 Duncan Gardiner (they/them/theirs) is a queer, Perth-based classical guitarist, composer, researcher, and educator who has emerged as an innovative musician with expertise in many fields. Having released four studio albums, published a book of original compositions and scholarly literature, and toured internationally, Duncan has been described as "exceedingly talented" (Julian Day, ABC Classic) and as "an excellent ambassador for the classical guitar" (North East Scotland Classical Guitar Society). Their playing has been described by audiences as "delicate, serene and magical", while compositions "reveal evidence of a real creative gift… whether lulling or emphatic, they delight the ear" (Neville Cohn, The West). Duncan was honoured to be included in Ron K. Payne's publication The Twang Dynasty (Boss Publishing, 2012), a history of notable Australian performers.

Duncan has completed a Doctor of Musical Arts degree, under the guidance of internationally renowned guitarist Karin Schaupp, at the Queensland Conservatorium, Griffith University (QCGU). Duncan's research on guitar activities in colonial Queensland led to the formation of the Enoggera Ensemble, a quartet comprising guitars (Duncan Gardiner and Dominic Ward), mandolin (Marissa Carroll), and banjo (Joel Woods), which is dedicated to the revival and reinterpretation of historical works that were once performed by plucked string ensembles in Queensland. Duncan also holds a First Class Honours degree from the Western Australian Academy of Performing Arts (WAAPA), and a Licentiate of Music Diploma from the Australian Music Examinations Board (AMEB). Duncan received the Award for Excellence in the Research Thesis (QCGU), the 2017 Guitar Prize (QCGU), the Helen Court Scholarship and the Faculty Medal (WAAPA), and the J.B. Vincent Memorial Prize (AMEB).

Their debut album Of Dreams and Fantasy (2009) was voted 'CD of the Week' in the West Australian newspaper, and received a rave review from Chris Dumigan (Classical Guitar magazine): "I must say that this is one of the very best CDs of guitar music to ever come my way... I have returned to this CD more than most others just for the sheer pleasure of it. This is a startlingly good disc!" Their subsequent releases have continued to garner high praise, and all of their albums receive regular national airplay on ABC Classic as well as a range of local stations.

Duncan has performed many guitar concertos, including those of Rodrigo, Villa-Lobos, Torroba, Carulli and Vivaldi, as well as Nigel Westlake's Antarctica Suite. In 2018, Duncan had the amazing opportunity of being a soloist in Rodrigo's Concierto Andaluz with the Queensland Conservatorium Symphony Orchestra. In 2017-18, they held a feature performance at the Classical Guitar Festival Sydney; an extensive tour throughout Japan, QLD, and WA; and concerts in Singapore and NSW. Highlights for 2016 included performing with the WA Symphony Orchestra and WA Opera alongside recorder virtuoso Genevieve Lacey in the Perth season of Iain Grandage's opera The Riders; recitals across Hong Kong for Premiere Performances Hong Kong; recitals in the Pilbara and Kimberley regions of WA for Musica Viva in Schools; and recitals in Melbourne and regional Victoria, also for Musica Viva.

Duncan studied composition under Cat Hope, Iain Grandage, and Gerardo Dirié. Their violin concerto was premiered by international soloist Alexandre Da Costa in 2017, and their piano trio was performed by Magellan in the same year, with one reviewer stating: "whether couched in gently melancholic terms or moments of intensity, it's clear that Gardiner has something worthwhile to say… I'd like to listen to it again-and again" (Neville Cohn, The West). Also in 2017, Duncan's work Stone, Shell, Bone and Feather (commissioned by The National Trust of Australia) went on to win a top honour at the Museums and Galleries National Awards. In 2016, a commission by Rossmoyne Senior High School led to the creation of the Lost Lakes suite, which was toured across Italy. Other commissioned works include Guitars Playing Softly (Classical Guitar Society of WA), The Little Heart That Could (Lourdes College), Sharp Light and Spirals (Western Australian Youth Orchestra), Dance Like Nobody's Watching (Newman College), and two orchestral suites (Fremantle Symphony Orchestra).

Duncan's book of original works titled Of Dreams and Fantasy (2009) was favourably reviewed by Uroš Dojčinović (Soundboard, USA), who wrote "this is a very enjoyable collection with a wide range of different pieces, presented in a traditional way that can easily amuse not just the listeners but also the performers". Likewise, William Yeoman (The West) described the collection as "extraordinarily attractive" and "a pleasure to listen to and a delight to play". Some of the pieces are represented in the exam syllabi of the Australian Guild of Music and Speech. Duncan has also had a guitar history paper published by the Royal Historical Society of Queensland (2020).

Duncan is thrilled to be able to encourage the next generation of young guitarists through teaching classical guitar privately and in schools. They offer individual instruction, group classes, and run large guitar ensembles in-person and online. Duncan has also recently been appointed as an examiner for the Australian Music Examinations Board (AMEB). Duncan is a regular guest mentor and ensemble coach, and has been invited to give masterclasses and workshops at a number of schools, including John XXIII College (WA), Mount Lawley Senior High School (WA), Loreto College (Qld), Lourdes Hill College (Qld), Ormiston College (Qld), and St Rita's College (Qld), to name just a few. They are also sought after as an adjudicator for music festivals and eisteddfodau, such as the Fremantle Eisteddfod, the Catholic Arts Performing Arts Festival, and others. Duncan performs on guitars made by renowned luthiers Jim Redgate, Manuel Velasquez, Graham Caldersmith, and James Ashborn.