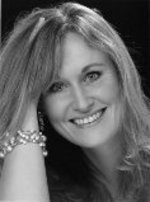 Sadie Harrison was born in Adelaide, Australia and moved to England in 1970. She gained her Master's and Doctorate in Composition at Kings College, London, studying under Nicola Lefanu and David Lumsdaine.

Her Afghan-inspired disc, The Light Garden (MSV CD92084) was described in the press as 'without question one of the top recordings of the year, a ground-breaking release' (Musical Pointers) and 'indisputably one of this year's best' (La Folia, USA). Her most recent disc, An Unexpected Light (NMC D125), based on the folk music of the Northern Caucasus and Lithuania, gained unanimous praise: 'NMC has struck gold! A wonderful sequence which held us enthralled, playing the programme through with only one brief pause; a marvellous "concert" which builds on the legacy of Bartok's Kodaly's pioneering collecting long ago, giving "cross-over" a new and enriched meaning; one to which we will return' (Musical Pointers).

Harrison's music has been broadcast on both radio and television, on BBC Radio 3 and in Eastern Europe, Canada, Japan, Australia, America, Lithuania, the Netherlands and elsewhere and has been selected for several international festival performances. She was the only composer chosen to represent Australia at the ISCM World Music Days 2002 and her clarinet concerto The Fourteenth Terrace was selected by the ISCM Australian Reading Panel to go forward to the World Music Days Zagreb 2005.

Sadie Harrison took an extended break from composition in 2008 to pursue a further degree and subsequent career in archaeology. She worked as a field archaeologist in Britain and abroad for three years, specialising in the Bronze Age pottery of the Carpathian Basin, in particular the fabulous Kosider Ware found in Hungary. A career highlight was taking part in the UK Channel 4 Time Team series in 2010!

Since her return to music full-time, Harrison has continued her relationship with Lithuanian musicians, with new works performed at the Kaunas Festival 2012, and her violin concerto An Unexpected Light receiving a further performance by Rusne Mataityte in Vilnius in September 2012. She has been working closely with double bass virtuoso David Heyes, writing a number of works for young and amateur bassists, most works now published by Recital Music, with several premiered by students from Wells Cathedral School in 2012-13.

She has recently written works for baritone Paul Carey Jones performed at the Late Music Festival York in 2012 and has received several performances of Gallery, an extended set of solo violin pieces by Peter Sheppard Skaerved, in Britain and across Europe in 2012-13. The complete set will be recorded for broadcast in Nashville later in 2013.

Sadie Harrison is currently working on a piano concerto for Sergej Okrushko and the St. Christopher Chamber Orchestra, Vilnius, a set of violin duos for the Retorica Duo and a new work for piano to be played by Ian Pace at this year's Late Music Festival in York at Rzewski's 75th Birthday Celebration Concert. Following the success of her work with the Scottish Clarinet Quartet and the Songs of the Earth project, Sadie is working with Alex South on an ongoing project with the group and the exceptional Plockton Traditional Music School. She is also finishing a substantial piano piece for Duncan Honeybourne, in response to the music of William Barnes. This work, alongside Lunae: Four Nocturnes will be recorded for CD by Duncan later this year, to be released by Divine Art.

Harrison's music is published primarily by the University of York Music Press. A number of works for double bass have recently been published by Recital Music.

- Video: Aster I, by Sadie Harrison