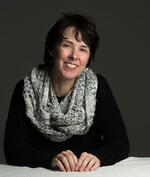 Andrea Keller is an improvising pianist and composer, dedicated to the performance and creation of contemporary jazz and improvised music. She has devised and produced a multitude of projects, ranging from solo to large ensembles steeped in both jazz and Western art music traditions. Her projects focus on the creation of new music with an emphasis on improvisation, collaboration, and an expanding skill set (often including electronics, preparations, photographic images, poetry, film, and collaborations with musicians entrenched in varying musical traditions).

As a composer, Keller has been commissioned by a variety of musicians, ensembles and organisations to compose and arrange music. She is driven to explore new musical territory without boundary, and with a focus on collaborative processes and developing a strong musical identity. Keller is a represented artist of the Australian Music Centre.

Highly lauded for her music in Australia, Keller has received numerous awards for her albums, ensembles and compositions, including; multiple ARIA, Australian Jazz Bell, and Art Music Awards, as well as the Melbourne Prize for Music Beleura Emerging Composer Award, the Merlyn Myer Composing Women's Commission, a Music Victoria Award, an APRA Professional Development Award, a fellowship from the Australia Council, and the inaugural MCA/Freedman Foundation Jazz Fellowship.