New music that reaches for the Sublime 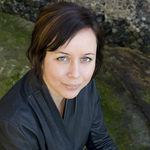 Hailed by The Herald Scotland as a 'Renaissance woman', Miriama Young is a composer and sound artist whose eclectic interests move beyond distinctions of genre. From chamber music to film scores, interactive sound for dance, radiophonic work, installations with live electronics, and concert works for instruments and electro-acoustics, her music embraces paradox: at once bold and ethereal, rooted in physicality whilst serviced by technology.

She has written extensively for voice, including Zen Story for Scottish Opera) and art song (Inner Voices of Blue). Some work electronically manipulates the voice (The Point of Contact, Chatterbox); or explores the sound of human absence (the multi-award winning film score, Speechless - The Polar Realm).

Complementing the creative work, her scholarly research examines the human voice and recording technology, and a recent book on this subject, Singing the Body Electric: The Human Voice and Sound Technology (Routledge) was listed in the Times Higher Education Best Books 2015.

Dr Miriama Young is a dual-national New Zealand/Australian composer, sound artist and educator based at the University of Melbourne Conservatorium of Music, Faculty of Fine Arts & Music. Miriama graduated with a B.A. in History and B.Mus. (1st Class Hons) from Victoria University of Wellington (NZSM). In 2000 she pursued postgraduate work in the United States on a Fulbright Award, and gained her PhD in Music Composition at Princeton University (2007).