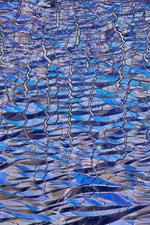 Celebrating 20 years of performing, promoting, recording and curating new music, Halcyon’s last program for 2018, Shining Shores, collects together pieces inspired by the natural elements of water and moonlight. Taking time to reflect on the world around us, wander beside the flowing Seine in Rosalind Page’s Apollinairesongs, be transfixed by the life in rockpools or mountains reflected across the bay in Gordon Kerry’s Three Malouf Songs and walk in the wet sand beside the seashore in Gillian Whitehead’s Girl with a Guitar. The night sky appears - ‘the sleepy stretch and dazzle of it’ ablaze with stars ‘like bees’ - and the changing moon is ‘like an apricot’, ‘honeyed’ or ‘silvering shores’.

In their 20th anniversary year, this program again features composers of outstanding vocal music with a deep responsiveness to the poetry that inspires them, many of whom have had long associations with Halcyon and includes works drawn from Australia, New Zealand, the UK and the USA.

The program sees a return of a number of significant and quintessentially Halcyon works premiered by the ensemble over the years - Rosalind Page’s Apollinairesongs (2002) for mezzo, flute, clarinet. viola, cello and piano (also featured on their first studio album, Cool Black) and Gordon Kerry’s Three Malouf Songs (2015) for mezzo, violin, cello and piano.

Also featured are two Australian premieres: Hilary Tann’s evocative Winter Sun, Summer Rain, whose musical aesthetic is heavily influenced by both the natural world and the traditional music of Japan and Gillian Whitehead’s Girl with a Guitar, a through-composed work for voice, cello and piano, setting seven short poems inspired by nature.

A series of short duos fill out the program – Sadie Harrison’s for voice and clarinet, Robert Lombardo’s for voice and viola and Ross Edwards’ for voice and piano, the last a small token acknowledging his 75th birthday this December.

On December 1, come and experience again the magic of Halcyon in performance and the artistry refined over 20 years of musical exploration.

Further information for this event is available online at the event's website or by email to info@halcyon.org.au