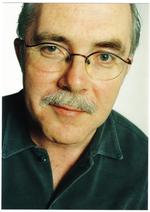 After an increasingly musical adolescence, Gerard Brophy began his studies in the classical guitar at the age of 22. In the late seventies he worked with Brazilian guitarist Turibio Santos and the Argentine composer Mauricio Kagel before entering the NSW State Conservatorium of Music to study composition.

He has been commissioned and performed by some of the world's leading ensembles - the St.Louis, Melbourne, Queensland, Tasmanian, West Australian and Sydney Symphony Orchestras, the Malaysian Philharmonic Orchestra, the BBC Philharmonic and Symphony Orchestras, the NZ Symphony Orchestra, the Residentie Orkest, Icebreaker, Nash Ensemble, Nieuw Ensemble, Slagwerkgroep Den Haag, ANUMADUTCHI, Synergy Percussion, Het Trio, Ensemble Modern, Chicago Pro Musica, Bang on a Can, ChamberMade Opera, the ASKO Ensemble, Ensemble l'Itineraire, Duo Contemporain, Topology and 2E2M to name some of them. His music appears on over 30 CDs and is regularly broadcast in Europe, Japan, United States and Australia.

Over the years he has developed an express interest in collaborating with artists from other disciplines and he is now particularly active in the areas of dance and theatre. He has also been involved in exciting collaborations with musicians from other cultures, among them the great Senegalese master drummers, the N'Diaye Rose family, timbila virtuoso Venancio Mbande from Mozambique and Balinese gamelan players.

Recent performance highlights include a hugely successful season of his ballet Yo Yai Pakebi, Man Mai Yapobi, choreographed by Regina van Berkel and performed by the Residentie Orkest and the Nederlands Dans Theater, the score/sound design for the Queensland Theatre Company's production of Oedipus the King, and national and international tours of his theatre-work Phobia by ChamberMade Opera. Among his current and upcoming performances are the Australian premiere of his guitar concerto Concerto in Blue performed by Craig Ogden and the West Australian Symphony Orchestra and the premiere of his new ballet Wind Around My Heart for the GoteborgsOperan, choreographed by Regina van Berkel, which opens in March 2007. He is currently working on Cities of God for the Sydney Symphony Orchestra and the Sydney Philharmonic Choir and Samsara for Synergy, Taikoz, the shakuhachi virtuoso Riley Lee and the Melbourne Symphony Orchestra.

Biography provided by the composer — current to June 2007