"... there is an urban flavour to the sound. The music increases in intensity to a point where it simply breaks off. I was left wanting more ... the succinct form of the piece is definitely the mark of a mature composer." 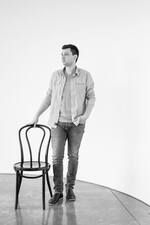 Multi-award-winning composer, Michael Bakrnčev (Bah-Karn-Chev) is one of Australia's most highly-driven and successful young professionals in that field.

Michael's music has been performed extensively throughout Western and Eastern Europe including Austria, Germany, the Netherlands, Scotland, Serbia, Macedonia, Belarus, Spain, Ukraine, and in the USA, Canada and Australia.

Michael's many awards include the Music Teachers' Association of Queensland (MTAQ) Composition Competition (2011), the June Fox Patron Award (2011), the Vox Novus Fifteen Minutes of Fame prize (New York City, 2011), the Adolph Spivakovsky Scholarship for the Composition of Music (2012), the A G Francis Prize for Composition, the Alan Lane Award for Composition, the Silver Harris and Jeff Peck Award (Composition), and the Piano Trio section of the 2015 Australian New Works Award. Michael was also one of five finalists in the Development Awards section of the Melbourne Prize for Music 2013.

Michael's music has been recorded in Australia and abroad by ABC Classic FM, the Barega Saxophone Quartet, the Quartertones Flute Quartet, the Macedonian Philharmonic, Dare CD Project and the Southern Cross Soloists.

Michael is a member of the Australian Music Centre, the national organisation through which he is promoted and his music is made available internationally.