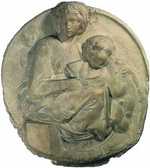 'All heaven shouted for joy: Stations of Creation 2009' is a musical celebration of the wonder and joy of creation and birth, presenting ten brand-new and inspired musical works. Each of the composers has contributed a work that will be performed by an elite ensemble of Sydney’s finest classical musicians in two evening concerts at the St Ives Uniting church on November 27 and 28.

The brainchild of the church’s minister, Reverend Dr Doug Purnell, this year’s Stations of Creation is the second in an impressive initiative to commission new musical works following the example from last year’s inaugural and highly successful Advent concert. It is the latest offshoot stemming from the church’s parallel Stations of the Cross project where prominent artists are invited to submit commissioned art works, displayed during the Easter season. These art exhibitions have attracted thousands of visitors during the past three years, and the program has been replicated this year in Perth, Melbourne and Auckland.

Each composition is themed on one of the following ten ‘creation’ subjects: The Creation, The Risk of Birth, Conception, Muteness, The Quickening, Gestation, The Birth, The Mother’s song of Joy, The Naming and the Circle of Creation. There will be a CD recording of the performances available to order on the night.

Further information for this event is available online at the event's website or by phone on (02) 9449 6004 or by email to stationsofcreation@gmail.com