I make music that is as 'elegant in the making as in the made'. I believe in music that reaches for something beyond the everyday and is expressively uncompromising. The visceral power and emotional depth of art music attracts me as much as my own intellectual curiosity in composition. 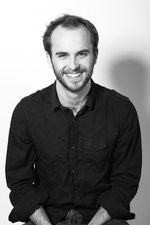 Ideas of growth and form, emergence, drift and self-similarity, appropriated from biology, in addition to precepts which have resonance across art-forms, science, and nature such as colour, line, shape, pattern and process inform and permeate Chris Williams's music.

The Philadelphia Inquirer recently called his music a 'a lovely shade of wistful', while The Daily Review noted his 'brilliantly unsettling music' for the Sydney Theatre Company's A Midsummer Night's Dream at the Sydney Opera House.

In 2017 Williams won the composition prize for the Australian International Chopin Competition and was invited to write a new work for the Gaudeamus Muziekweek in the Netherlands. His songs and music for the Sydney Theatre Company's production of Cloud Nine were nominated for best original score at the Sydney Theatre Awards in 2018. Williams is an invited composer at the Gaudeamus festival, and at the Takefu International Music Festival in Japan, in 2018.

He was awarded the Blake Society's Tithe Grant for composition in 2012, an international prize adjudicated by Judith Weir. This led to the premiere of his piece a golden string, at St. James Piccadilly, conducted by Aidan Oliver of Westminster Abbey. Williams was awarded the Joyful Company of Singers Young Composer Prize in 2013 and was also selected for the Tenso Young Composers workshop, held in Sweden, as part of the Nordic Music Days.

Williams is a graduate of the Sydney Conservatorium of Music and completed a Master of Philosophy in composition at the University of Oxford in 2013. He was commissioned by Carnegie Hall and in 2015 was the inaugural Friends of the National Library of Australia Creative Arts Fellow. Previously, Williams was one of only six composers worldwide to be selected by Sir Peter Maxwell Davies, then Master of the Queen's Music, to attend his Advanced Composition course at the Dartington International Summer School, England.

His work has been performed by The Song Company, the Melbourne and Tasmanian Symphony Orchestras, the Cavaleri Quartet and The Australian Voices, with whom he was composer-in-residence in 2010.

- Program note: You In The Night Chris Williams